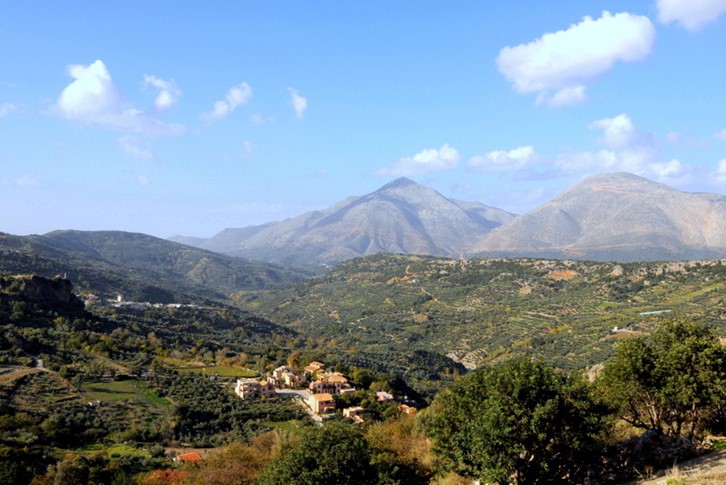 Driving up to Mount Psiloritis, either from Heraklion or from Rethymno, at the village of Axos, the most ancient settlements of this mythical mountain, just above the springs of the river Mylopotamos, which gave its name to this province, opposite to cliffs and gorges where the harrier eagles have their nests, lies the ENAGRON.

The landscape is mountainous, unique and of exceptional beauty.

Along with the marvellous flora and fauna the mountain features also unique geological formations, rock beds, caves, gorges and plateaus as well as shepherds' vaulted stone huts, reminding you of ancient civilisations. No wonder why Mount Psiloritis was characterised as a Natural Geopark by the UNESCO.

The far most important thing about Mount Psiloritis however are the people who live in the numerous villages scattered on its slopes, representing the most traditional societies of Crete. Here one can find customs and traditions, everyday rituals and behaviours that have their roots centuries back. The people here are explosive, full of emotions, friendly with very interesting social and religious manifestations.