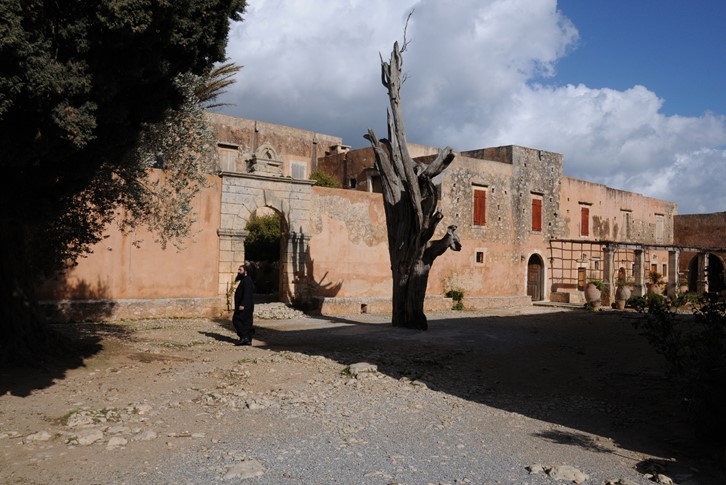 We hereby mention a few segments from Mythology, History and Literature, which mention Axos or Oaxos, as it was named in the ancient years.

"There is in Crete the town of Oaxos, where the King was Etearhos......"

Herodotus mentions Axos " as one of the most important Cretan towns, with sea trade also ". In this segment Herodotus describes the colonization of Kirini, mentions Axos since Vattos, the planter of Kirini, was Fronimi's son, Etearhos's daughter, king of this town.

"On the specific day Kekinas came with his friends at the Axos castle. The farm they are arguing for is not far from this area..."

"These Ideous Daktiklous mother Aghiali, being in labor pain and arriving in Oaxia land with her two hands, she delivered them..."

"….for it is steep, because they named those areas Axous"
- For naming Axos -

"North at the roots of Idi, lays the biggest village of the island, Axos. It is built near the set out of a river and I could distinguish there caves, others were small, others were big, which are habitable. It is said that Rea brought her son Dias in these caves and gave him to Kourites to bring him up secretly. These people (Kourites) still exist today and looks like they live in this village. The residents of Axos come from them. They live and everybody likes them, they are free and they are hard at war. Thousands and more with arches and arrows can parade outside the village..."

R. PASHLEY honorable English man jurisprudent and historical during his trip in Crete and visiting Axos mentions in his book among others the following:

"While I was in Axos they showed me a lot of coins of the ancient town which had been found during ploughing. From the forty that I bought about most of them were cretan and sixteen of them were from Axos. "

He also mentions for many signs that he saw and read.